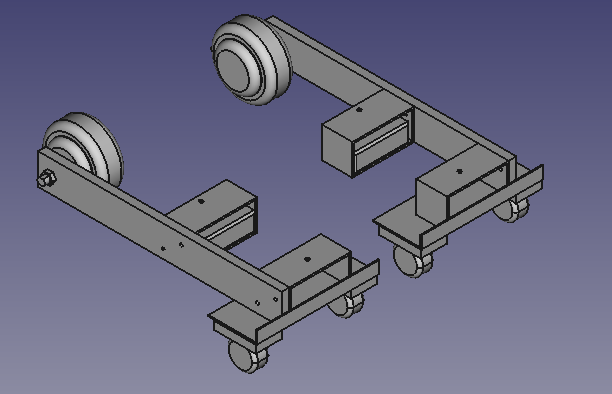 Well I’m two weeks into my first term of third year! While I probably should be doing project work, I’ve had minimal reply from my supervisor, not forgetting being shifted between three different people, I guess project stuff can wait…

In the meanwhile, I’ve been coming up with a multitude of designs for the next pair of Skelecs. While the original brute 1930s Russian engineered steel Skelecs were cool and all that, realistically, they were ridiculously hard to drive, not particularly well planned and merely a proof of concept, not forgetting the fact that steel is heavy as hell!

Therefore, I’ve decided to make the move to Aluminium for the next set, along with dual omniwheels at the front to rectify the issues I had with castors on the last set. I’ve also shifted the front two casters towards the outer edge more to sort out the centre of gravity issues on the last pair. Finally, I’m intending to either drill the DD holes straight into the main bar of frame (as originally intended), OR test out my new idea of attaching – two threaded holes, perpendicular to the shaft, used to hold the shaft in a suitably sized and drilled hole.

Without further ado, lets get some CAD out! 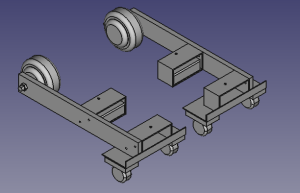 As can be seen, aluminium flatbar will be used as the main body, along with aluminium box for the middle and front sections. Finally, a piece of aluminium angle to interface the omniwheels to the front box.

Now while these cad models are nice and simple, I’m going to put this one up for comedic value and swiftly declare that I’m going to be changing my degree to shoe design! 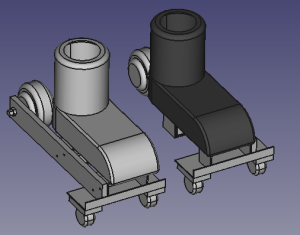 As of today, I’ve received the body aluminium and am currently waiting on the omniwheels making their way here all the way from Australia! 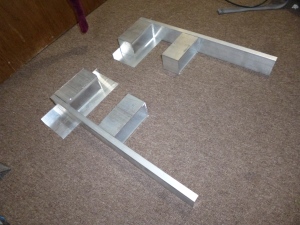 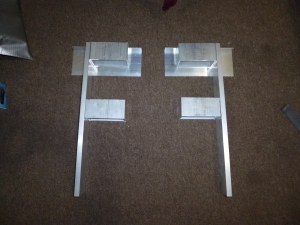 My carpet here looks the same as upstairs at home…

On a side note, I’ve been ever inspired by purely in line designs, like with normal skates and have been looking at designs and methods of power transfer should I eventually design a pair like these: 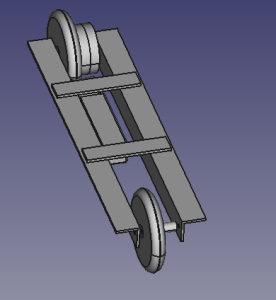 The inline design will require a bit more thought with respect to the power train system. I’m hoping to go for belt driven with some RC components but this is going to require more money and thought than I’m willing to invest right now. In the meantime, I’m heading home for the surprise 80th birthday of my gran! I’m hoping that I’ll be able to bring the drill back to Nottingham with me, along side my cheapo drill press so I can commence with some builds here.